Lions and Tigers and Bears? (Me) Oh My!

I hold a beast, an angel, and a madman in me, and my enquiry is as their working, and my problem is their subjugation and victory, downthrow and upheaval, and my effort is their self-expression. - Dylan Thomas[1]
How to travel during the Coronavirus lockdown? This is why we listen to music, it transports us, although it won't always take you to where you hope to go. 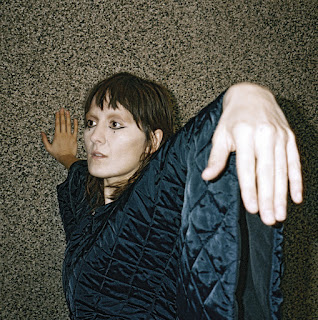 Cate Le Bon came to my attention following one of my strange completist phases. I had noticed I was enjoying more and more female singers: Joanna Newsom, Angel Olsen, Courtney Barnett, Agnes Obel, St Vincent, Flo Morrissey and Aldous Harding (this list could go on). What was it about them that garnered my attention? Apart from their marvellous voices I think it was their clear individuality. I had grown up listening to a lot of men singing, and enjoyed it. As a teenager I'd had my embarrassing "masculine" phase (I owned an album by the Vinnie Vincent Invasion) but thankfully The Beatles and The Stones had pulled me away from that brink. I discovered James Brown, George Clinton and then Prince. I hit my twenties during that period where Public Enemy stood above everyone else in the rap game. I started to delve under all sorts of musical rocks at this time, collecting a range of music, no genres were off the table (Elton John was off the table). I'd grown up the child of two soul fans, so it seemed natural to me to listen to well known artists like Aretha Franklin, and the obscure sides of the Swan label. And most importantly, I liked what I liked, not thinking about anything like gender. It wasn't important, what mattered was good music. So, of course, some of my soul sides were sung by women, but I don't think a huge amount else was. The two female artists that stick out in my mind that I often listened to were Kate Bush and PJ Harvey. Both brilliant and compelling but rarities in my record collection. I'm now at that stage where my collection has smeared into one hazy memory so I can't always remember when artists came into my view. But I have to be honest: there weren't a huge number of females in my collection. Even Cat Powers' The Covers Record was probably a bit of safe ground - songs by artists I knew interpreted by a female singer.

There was no overarching plan here. I collected music that was well reviewed (often by men) and well renowned (often by men). I bought stuff I enjoyed. Nowadays every streaming site has an 'artists like this' link allowing you to explore new and old musicians. In my youth this was done through the NME, Melody Maker, Mojo and then Uncut. I listened to what I could discover, but I didn't work too hard at it. And then one day I discovered I had been listening to music by women all along. It had appeared in my music collection and was some of the best stuff I owned: Time (The Revelator), the aforementioned Covers Record, Punishing Kiss by Ute Lemper(I think I'll do a post about this one day), Bavarian Fruit Bread by Hope Sandoval and more. Whist I hadn't consciously avoided female-led music, I came to a decision to consciously enquire further. I was enjoying music created by women more than anything else I was listening to. And somewhere in that journey I found Cate Le Bon.
Cate Le Bon is a Welsh singer and songwriter who most definitely deserves your attention. No relation to Simon, she's a quirky and unique folk singer.

Thoughts on Me Oh My

Her first album plays out over spooky, phased guitar lines and dramatic crescendos.

Our first introduction to the phased guitar that picks out a tune underneath the nursery rhyme song and lyrics. A delightful minor key folk piece that sets the scene for what is to come. The middle eight section is an instrumental, laughing, mocking synthesiser and the Le Bon jumps back in, a glassy voice an octave up from before. The synthesiser returns and then it's brought full circle, her voice low and back with the opening lines leading to an expansive, free ending, cymbal crashing, synth growling.

Here Cate Le Bon sounds out her influence - a Super Furry Animals melody over strummed guitar. A beautiful folk song that takes us into Le Bon's dark territory "It's just, baby, I'm headed for the black".

To hear Le Bon sounding confident and in control is a thing of beauty as she intones a poem-like lyric over her guitar, her melody rising and then returning to the main key for each couplet. The song builds to a coda that in another time could become a group singalong, "These are hard, hard times," but here she repeats it alone, then falls away to a single guitar line.

The band all kick in to this track, driven by an Edwyn Collins like fuzz guitar that ties together the lines of this danceable song. A high guitar line copies the melody most of the time, again slightly phased it wobbles alongside her voice looking for an opening and finds it as a stabbing note over and over after the chorus. Le Bon sounds folky, imperious. The voices (all Le Bon?) meld together in the swell before a final verse that rounds everything off perfectly. It's a pop song hidden as spooky folk piece.

It's Not the End

We are brought back to a simple folk song after the mania of the previous track, guitar and accordion (or harmonium) support her incredible voice. A slight song, this one, feels like a breath before the next numbers.

Terror of the Man

Keyboard driven, the melody line is picked out on the harmonium sounding keys before Le Bon's dramatic voice enters to describe the situation, the terror. Over a single kick drum snapping.
Spread fire through the grounds
Obliterate the towns
But spare us from the sounds
Another song that builds, and after around 2.15 minutes the whole band explode into a hypnotic charge - Terror of the Man is repeated seven times - is this a charge against male dominated problem in society (Make frightening plans, And see them with your hands) or is that a simplistic reading of the song? When Le Bon sings in her higher register she sound cold, icy and aloof, but always in control, and she chooses her voices well.

A love song. The magic of Le Bon is in full force on this one. The acoustic gently rolls out blocked chords and that phased keys in the background. Cate Le Bon's sings a song for her sister, but is she perhaps a horse in this one, "I ride behind, keeping hounds in line" she sings, and I can't help imagining the hunt taking place: "Mark its time, it's a terrible time". It enters its final phase with another repeated line, "I love you" which is distant enough to not sound cliched and ragged enough not to sound trite.

Strange Welsh folk as gorgeous pop music, Digging Song has a delightful, hummable melody that could sit over a great 80s arrangement if it wanted to. Here is sits atop guitar and harmonica. The harmonica copies the melody line after the verse which is another songs that bring to mind the land, the earth with its reference to digging, but of course, in a hip world "dig" means something else too. "And I dig all night with tired eyes". The joy of Le Bon's music is that it invokes the country with ease, but also makes you questions your interpretation - perhaps she's not singing about what I think she's singing about. Where is she taking me with this? Ultimately the melody is strong enough to enjoy on its own and take you away from questions of interpretation which don't necessarily enhance the song anyway. I'd play this track and just smile.

Burn Until the End

Opening chords like an Elliot Smith song, but that all changes when Le Bon brings in her Nico-like descriptive vocals. She pleads in her higher register before a manic episode with a wailing guitar that blows like a flag in the wind over a cantering rhythm. The dust settles and she continues, "I want to burn until the end"...

An opening line like "When the tide comes in" sounds almost like a folk cliche, but it is carried off well because Le Bon's imperious vocals means she sounds like she is stood high above, looking at the sea. Even when she feels unsure...
And if I head for ground
Fearing I may drown
...there's never a time she doesn't seem in control. 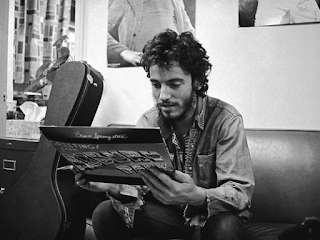